Learning from one's mistakes - BAuA pursues this approach when analysing accidents in process systems. The topic of how the knowledge gained this way may then be used reasonably for training and instruction measures is addressed here.

In order to use events (damage events) in process systems in order to be able to gain knowledge regarding the protection against any repetition of these events and regarding the orientation of the failure-preventing and failure-limiting measures, these cases are analysed according to industrial health and safety criteria. There is data from:

Analysing accidents and checking their suitability for training

The approach for capturing and analysing the data on these events was described in the report "Ereignisse in verfahrenstechnischen Anlagen - Auswertung 2004-2006" (events in process systems- analysis 2004-2006).

For the years of 2006 and 2007, 56 new events were introduced and analysed. It became apparent that the measure performed against any repetition of the event in nine cases consisted of a specific instruction or training measure of/for the employees. As experience teaches, discussing damage events within the framework of instructions and training measures is absolutely helpful to illustrate the hazards to the employees and to discuss safety-compliant behaviour in the company. Thus, these nine damage events where a training measure seemed to be indicated as a measure as a consequence of the event shall be considered initially and compared to the remaining 44 cases from the previous years.

Furthermore, eleven events were identified for 2006 and 2007, where the basic safety principle "Sicherstellen des sachgemäßen Umgangs mit Gefahrstoffen sowie Sichern gegen Fehlhandlungen" (ensuring proper handling of hazardous substances and securing against mistakes) pursuant to the initial TRGS 300 and/or adapted to the new legislation "Sachgemäße Tätigkeit, Fehlhandlungen vermeiden" (proper activity, avoiding mistakes) (see report "Grundlagen für die Neukonzeption einer technischen Regel 'Sicherheitstechnik'" - "basic principles for re-designing a technical rule 'Safety engineering'") is used. These cases are also to be examined together with the remaining 148 events from the previous years regarding the extent to which they may provide valuable information for safety-compliant behaviour for instruction and training purposes.

Instruction - why and when?

Pursuant to § 14 section 2 Ordinance on Hazardous Substances, workstation-related oral instructions must be performed prior to taking up an employment and thereafter at least annually. In addition to these timed measures, instructions pursuant to TRGS 555 become necessary if the conditions of the activities change, other hazardous substances are being used, and the regulations change. Other occasions requiring additional instruction frequently include, among others:

Furthermore, additional instructions may become necessary, for example in the event of particularly dangerous work.
The instruction is intended to inform the employees, on the basis of the risk assessment and based on the operating instructions, on the hazards and the corresponding protective measures. In this, the necessity for safety-compliant behaviour is to be illustrated to the employees. Moreover, the employees are to be enabled to identify and report flaws in the protective system according to their obligations pursuant to § 16, section 1 Safety and Health at Work Act.
Exceeding this instruction, the incident ordinance requires the personnel to be trained in order to prevent misbehaviour. However, training measures are also used in companies not covered by this ordinance, e.g. after events as a necessary measure, particularly

Both directly after events and within the framework of the other instructions and training measures, critical incidents may be used to vividly represent the hazards, the secure process management, the mode of operation of protective measures, and the safety-compliant procedures. Below, possible indicators for occasions and contents of these qualification measures shall be determined based on the captured events requiring additional training and instruction, respectively, or that were connected to mistakes regarding activities involving hazardous substances.

Objectives, occasions, and intentions of instructions

Within the framework of the nine damage events recorded for 2006 and 2007, where a training measure or instruction was planned as follow-up action, this qualification measure, in three cases, served for timely identifying failures and for properly inducing measures for troubleshooting. In four cases, new procedures and process operations were introduced and in two cases the known safety-compliant behaviour for maintenance was illustrated again. This shows that a necessary training measure after an event does not always necessarily have to be preceded by an incorrect action, but new knowledge is actually to be conveyed as well. Particularly for identifying and eliminating failures, the improvement of the causal knowledge, as well as the expansion of the knowledge to be able to find a safety-compliant solution for the problem are in demand. Within the framework of such qualification measures, the recommendation frequently is to develop the corresponding operating and work instructions in cooperation with the employees.

The 44 events from the previous years, with instruction or training as follow-up action, can be divided into:

The type of qualification mentioned first was not designed to eliminate a general lack of knowledge, but to illustrate the hazards and the safety-compliant behaviour, as well as to improve the identification of failures. This type was predominant regarding the events mentioned. As the second most common option, new protective measures and process operations and procedures should be implemented. Only in nine cases there was an insufficient level of training beforehand that had to be complemented thereupon. In three cases, employees of external companies had to be trained again. 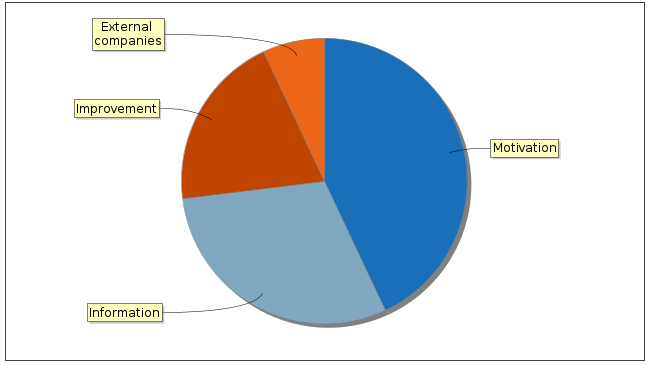 Figure 1 unambiguously shows that re-training in most cases serves for illustrating existing hazards and the related regulations and protective measures, respectively, but also a not inconsiderable portion is necessary in order to introduce new protective measures.

In the eleven datasets for 2006 and 2007 assigned to the basic safety principle "Sicherstellen des sachgemäßen Umgangs mit Gefahrstoffen sowie Sichern gegen Fehlhandlungen" (ensuring proper handling of hazardous substances and securing against misuse), the events were rather caused by the general lack of knowledge in the company or non-safety-compliant handling of the hazardous substances due to non-identified hazards in the company, than the deviation from operating instructions. As a consequence, technical measures were taken and changes to the production process were performed predominantly. These were at least partially introduced within the framework of a training measure. For three events, an improper declaration of deliveries (gas bottles, waste, solvents in the road tanker) contributed to the event. In one case, two improperly filled gas bottles were delivered. In addition to disposing of the bottles, the supplier and the supply agreements were checked as a measure. In one case where the delivered waste did not only contain red phosphorous, but also magnesium, no further measures were mentioned besides to the proper disposal of the delivery. After having overfilled an underground tank due to an incorrect declaration of the load of the road tanker, the safety measures for filling on the tank were improved (level measurement with high level alarm, interlock, overfill safety device). This shows that flaws in the work system and mistakes of suppliers regarding activities with hazardous substances may cause events on part of the operator. When introducing protective measures within the framework of instruction and training measures, the knowledge gained from these events serves for illustrating the possible hazards and the necessity of the protective measures.

These eleven damage events accounted for about 20 percent of the cases in the years 2006/2007.

This also corresponds approximately to the share of events from the previous years that were assigned to this basic safety principle. Thus, this basic principle constitutes the second most commonly represented basic safety principle and is only surpassed by the basic safety principle "Safe enclosure". The analysis of the eleven datasets for the events 2006/2007 revealed that the causes of the events in each case are due to a non-safety-compliant course of the activities involving hazardous materials to a lesser extent due to operating errors on site, but rather due to incorrect courses of new methods or incorrect deliveries of the products. This indicates that instructions and training measures are not only intended to convey behaviour and new know-how to operators, but further to bring to the attention of executive personnel new experiences. Likewise, measures for substance-based and quantitative inspection and monitoring, respectively, of deliveries should be provided and the competent employees should be made aware of these measures. Regarding the event from the previous years, the cases indicating technical weaknesses and operating errors approximately balance each other.

Instruction and training initially serve for informing the employees on possible hazards at the workstation and for enlightening them regarding the safety-compliant behaviour. This is particularly the case in the first example below. Likewise, the safety-compliant behaviour in the field of troubleshooting is to be trained in order to strengthen the skill-based qualification. This includes training as a consequence of the second damage event. In both cases, instruction and training should also contribute to the motivation of the employees, in addition to information and training.

In an electroplating company, chromium(III) solution was used for plastics refinement in a separate plant in addition to chromic acid. Due to several incorrect batches of this new solution, a vessel with insufficient extraction was filled with used baths of both solutions. Initially, chromium(VI) oxide dichloride formed in this vessel, which decomposed back to chromic acid, hydrogen chloride and chlorine. The chlorine was released due to the insufficient extraction of the vessel. The employees were not familiar with the formation of the intermediate product chromium(VI) oxide dichloride and the following reaction with water under acid conditions, in connection with the release of chlorine, so that no hazard caused by the combination of both baths and the insufficient extraction of the vessel was identified either. This illustrates that, prior to introducing a substance or a preparation, the hazards caused by possible contact with the substances already being used in the company must be determined and measures might have to be taken in order to avoid any contact and should be discussed with the employees within the framework of the instruction, and the findings should be documented in a work instruction.

An additional event included a leakage, since the operating personnel (operators) omitted to fit the cap nut onto the corresponding thread after they re-tightened a packing gland on a piston pump. When the previously separated pump was restarted under operating pressure, the pump burst since the rings and the pressure sleeve of the sealing unit were pressed out. The hot product escaped between base ring and pump housing and scalded one employee. Based on instructions and training measures, such safety-relevant installation work should be trained on the basis of the operating instructions for the work equipment. After the event report was present, an examination of this installation work was introduced additionally in the company.

By presenting the causes that have led to the events, the effect and the limits of measures can be illustrated within the framework of instructions and training measures. Moreover, the employees can be motivated to behave in a safety-compliant manner on site and additional measures can be established and new process operations and procedures can be introduced.

Find out more : TRGS 555 Working instruction and information for workers …