Factors to be taken into account when using 3D printers

Due to their high acquisition and operating costs and their limited scope of application, 3D printers originally were only of interest to small groups of manufacturers and other commercial users. Things are different now, however. Decreasing prices of printers and work materials, as well as the expansion of manufacturing processes and the widening of the areas of use, have made 3D printing attractive for smaller companies, too. 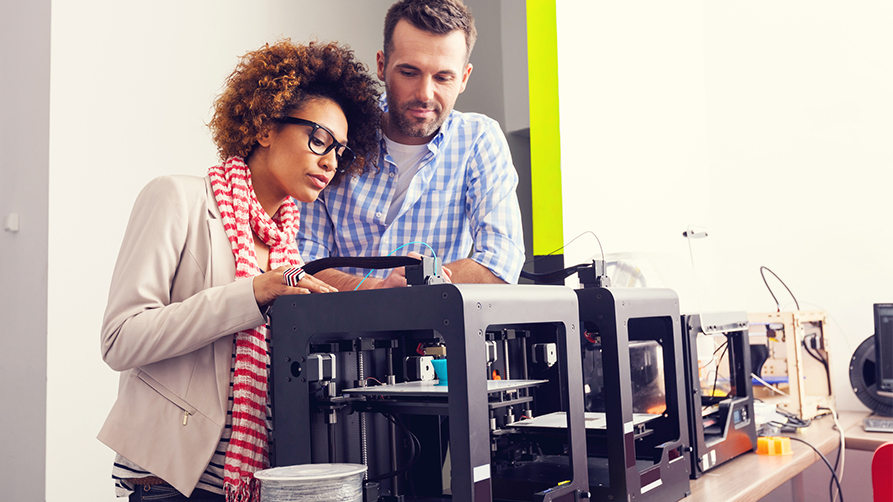 Conventional printers can now be found in almost every household. In the near future, what is true of an ink jet or laser printer could also apply to the 3D printer. The prices of the printers are falling very quickly, the offer is becoming more extensive, and the printers are getting better and better. Therefore, rather than being something for the distant future, the assumption that a 3D printer will soon be found in many households is now a reality.

The participation of various groups of people in this technology could also allow everyday consumers to become manufacturers. In this respect, the technology does not just pose direct risks, but legal problems which have not yet been considered can also occur.

Being a provident institution, BAuA would like to contribute to informing the public with the following publications and highlight the aspects that should be taken into account when using 3D printers at a lower level of application. The focus here is not on industrial use. In this area, developments are already so far advanced that a description would exceed the scope of our guide.

More about Safe Use of Chemicals and Products